Getting The Weekend Started 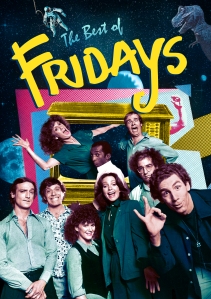 The Best of Fridays

Launched as ABC’s weekend counterpart to NBC’s runaway hit Saturday Night Live, this 1980-82 series proved that the weekend was big enough—at least for a while—for two edgy sketch-comedy variety shows. Though relative short-lived, Fridays featured a parade of hip musical acts like Devo, The Cars and The Clash, and kept audiences laughing into the wee hours with the antics of a talented ensemble cast that included Larry David and Michael Richards, who’d both later shine as the co-creator and one of the stars of Seinfeld. This bonus-packed collection includes 16 full episodes, a cast and writers’ reunion, and other goodies.