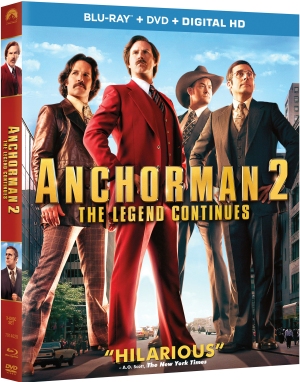 Will Ferrell, Steve Carrell, Paul Rudd, Christina Applegate and the rest of the original cast return in this hilarious sequel about a 1970s TV-reporting dream team now wrecking round-the-clock havoc in the ’80s on cable-TV’s first 24-hour news network. For a splurge, get the Blu-ray: It’s loaded over four hours of bonus content, including a raunchy R-rated version with 763 (!) new jokes not in the original; commentary by the stars and director; gags, goofs and deleted scenes; rehearsal footage and auditions; and much more.