The stars deserve better than this revenge-comedy mess 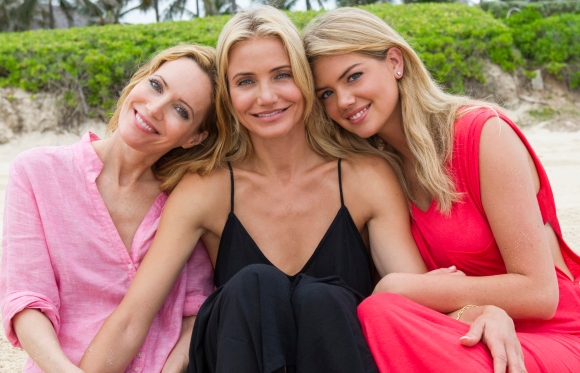 If The Other Woman didn’t have such a recognizable cast, it might be just plain forgettable. Instead, high-profile stars and a major chick-flick marketing push almost guarantee it will make an even bigger, messier splash as it goes down.

Leslie Mann (This Is 40, The 40-Year Old Virgin) plays Kate, a whiny, neurotic housewife who discovers her cad husband, Mark (Nikolaj Coster-Waldau from TV’s Game of Thrones), is having an

So what does Kate do? Why, she befriends her husband’s mistress, naturally!

Then Kate and Carly find out Mark is cheating on them both (gasp!) with another woman, portrayed by former Sports Illustrated model Kate Upton, whose role here (if not her acting career in general) seems to be limited to what can be done in a teeny bikini, in slow motion.

The next step in the mind-bogglingly implausible plot is all three women becoming BFFs and plotting their revenge on the man who can’t be faithful to any of them. Their plan includes spiking his breakfast smoothie with estrogen, swishing his toothbrush in the toilet, replacing his shampoo with hair-removal cream, and putting laxatives in his liquor.

In 2011, the hit comedy Bridesmaids introduced mainstream audiences to the idea that an ensemble cast of gals could be just as raunchily funny as a bunch o’ guys. But “The Other Woman” has none of that movie’s masterful mojo, which begins with a great script and extends through the director. 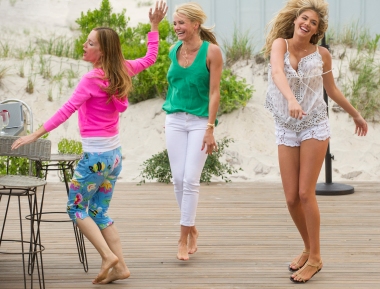 In this case, director Nick Cassavettes (The Notebook) bears much of the blame, lacking the deft touch to bring off the right blend of humor and humanity needed for a “revenge comedy” that ventures into the tricky trifecta of love, marriage and serial adultery. Screenwriter Melissa Stack, a former lawyer herself, supposedly based the Diaz character somewhat on her own experiences as an attorney, but somehow her tale is lacking almost anything any modern female would ever think, say or do.

And poor Coster-Waldau, who as the ever-wayward husband has to suffer for his other-womanizing in so, so many painfully slapstick-ish, potty-humored ways, including enduring an explosive bout of diarrhea, walking through a pane of glass and sprouting a pair of hormonally enhanced man-nipples.

As an actor, he deserves better—and so does everyone else in The Other Woman, and anyone who buys a ticket expecting to see something funnier, something smarter and something better.