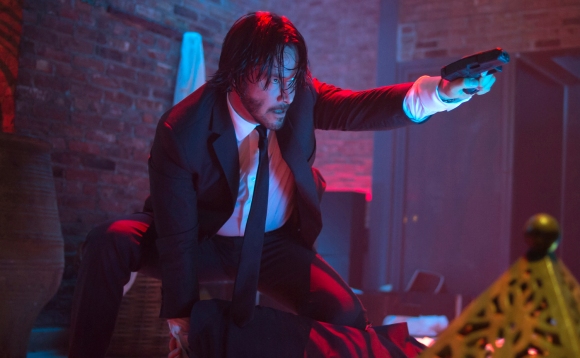 He became a star in Bill and Ted’s Excellent Adventure, Speed and The Matrix. But as the years clicked by and Hollywood kept churning out newer stars, Reeves—and his best movies—came to feel more and more like relics of a bygone era.

But not anymore, as the 50-year old actor stages one of the year’s most robust comebacks in a movie that defies many of Hollywood’s most basic conventions while covering some of its most familiar ground. In the action-packed John Wick, he plays a retired assassin drawn back into the underworld, where his lethal skills once struck fear into everyone unwise—or unfortunate—enough to cross his path. 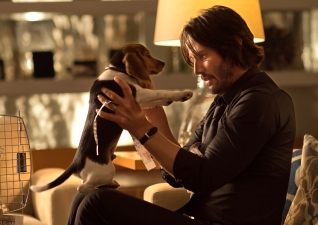 After Wick, recovering from the death of his wife, is assailed by a group of young Russian mobsters, it reawakens his dormant killer instincts. What the thugs do his adorable new puppy and his ’69 Mustang has a lot to do with it, too.

Although the revenge/assassin plotline is a very familiar one, what makes John Wick feel so refreshingly original is how directors Chad Stahelski and David Leitch, and writer Derek Kolsatad, handle it. Stahelski, making his directorial debut after serving as Reeve’s stunt double on all the Matrix movies, funnels all his rough-and-tumble experience into a powerful, sometimes astonishing display of artfully orchestrated, staccato violence—close-rang shooting, grappling, kickboxing, punching, biting, bashing and stabbing. (Kudos as well to cinematographer Jonathan Sela, a veteran of Law Abiding Citizen, Die Hard, Max Payne and other adrenaline-fueled flicks.) It’s an all-out action junkie’s buffet, served up with the finessed intensity of a master chef. You’d never guess the director had never been “behind” a camera before.

Writer Kolstad’s story, although following a somewhat traditional trajectory, reveals some colorful original flourishes, especially the “world” of the movie: a teeming contemporary metropolis populated entirely by crooks, mobsters, hit men and those who provide them goods and services—a pulpy Sin City of hip nightclubs, elegant hotels and dens of iniquity fronting as churches, all of them stylishly, slavishly corrupt, although operating within a “code of honor.” It’s a place that the movie brings vividly, originally to life, with a supporting cast of Willem Dafoe, Alfie Allen (from Game of Thrones), Dean Winters, Ian McShane, Adrianne Palicki and Michael Nyqvist.

And Reeves—wow. For a man squarely at the mid-century mark, he’s amazingly athletic, and he absolutely “sells” every punch, blow, thud, slam, stab, wham and bam. He’s never been the most expressive of actors, but this role suits just him fine—mysterious, brooding, silent, sullen and super-cool, but capable of releasing an unstoppable torrent of deadly force in an instant.

At one point, Wick is warned about continuing his spree of vengeance, one that takes him deeper into his former life with at every turn. “You dip so much as a pinkie back into this pond,” he’s cautioned, “you might find something reaches out to drag you back down into the depths.”

But in he goes, and it’s quite a dive. Like a lot of action movies these days, this one ends in a way that suggests another might follow. That’s OK: I’d gladly return to John Wick’s (under)world for another adventure with an actor who’s obviously so ready, rejuvenated and rarin’ to go. It was a blast!