Chris Evans hangs up he superhero spandex for heartwarming tale 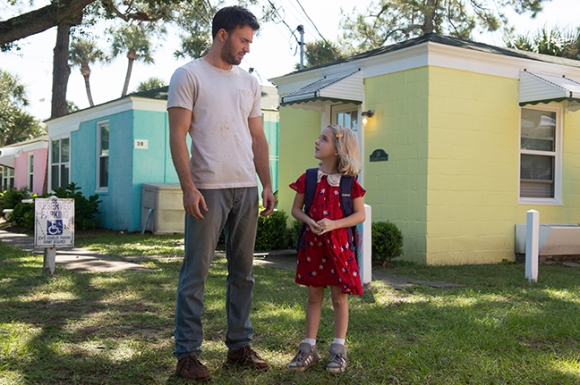 Best known as Captain America, actor Chris Evans puts aside the superhero tights for Gifted. But he’s still got a battle to fight.

He plays Frank, a Florida boat repairman who’s also been the guardian of his 7-year-old niece, Mary (McKenna Grace), since the suicide of her mother, Diane, when Mary was a baby. It’s clear that Mary is a phenomenon, if not an outright genius—while other students in her first-grade class are learning to add two plus two, Mary is calculating square roots in her head, much to the astonishment of her teacher, Miss Bonnie (Jenny Slate).

Bonnie and the principal (Elizabeth Marvel from TV’s Law & Order: Special Victims Unit and Homeland) tell Frank that Mary is “gifted” and offer to place her in a special school that can raise her to “the level of scholarship that she deserves.” But Frank declines. He wants Mary to grow up like a “normal” kid, in a normal school, not in an place where she’s pegged as an oddity.

Cue the back story: Frank’s sister (Mary’s mother) was also a math genius, a number-crunching, headline-making superstar. And her suicide had something to do with the unbearable pressure she felt to solve an “unsolvable” mathematical enigma—and the pressure from her overbearing iceberg of a mother, Evelyn (Lindsay Duncan, who plays Lady Smallwood on TV’s Sherlock), a British-born Boston blueblood who now wants custody of little Mary.

And guess what? Evelyn has a bit of math in her bones as well. Maybe that’s got something to do with why she’s now so interested in her granddaughter…

Director Marc Webb, whose previous films include 500 Days of Summer and two Spider-Man flicks, gets nuanced, naturalistic performances from his cast, especially young McKenna Grace. At her young age, she’s already a TV and movie veteran of nearly 40 roles, including playing Penny Kirkman on TV’s Designated Survivor and young Emma Swan on Once Upon a Time. Missing her two front teeth and with a bandage on her scuffed-up knee, spouting complex calculus one minute and watching Spongebob Squarepants the next, she’s very believable as a child who’s bestowed with unfathomable super smarts, but very much still a kid.

Evans proves he’s got chops beyond Captain America’s spandex—even though Gifted can’t resist playing off his buff, hunkish charms. “He’s the quiet, damaged, hot guy,” is how one of Bonnie’s female coworkers dreamily describes Frank. Not surprisingly, Bonnie and Frank find a charming romantic connection, which leads to a Kramer vs. Kramer-style morning-after interruption—and possibly the movie’s funniest one-liner.

Octavia Spencer plays Frank’s warm-hearted next-door neighbor, Roberta, who provides the movie’s real conscience and backbone. She gets to shake it down with Mary in a fun karaoke rendition of “Shame, Shame, Shame,” and Spencer’s very presence in a child-genius math-themed movie gives things a sort of half-pint Hidden Figures vibe.

There’s a beautiful beach scene with a parable-like discussion of cats, sandpipers friends and idiots. Another lovely sunset moment has a conversation about God, Jesus and the afterlife, and ends with Frank telling Mary to “use your head, but don’t be afraid to believe in things, either.”

There’s a one-eyed cat named Fred, a contentious courtroom showdown, a tearful separation, an equally tearful reunion, and the running theme about just how much smart, talented “exceptional” kids should be pushed to excel at the expense of experiencing “real life.”

At one point, Mary’s grandmother tells her that immortality lies in the kind of mathematical accomplishments that her mother died trying to achieve. “If you succeed,” Evelyn tells her, “your name will live forever.”

Perhaps, but what good is “living forever” as a math megamind if you can’t snuggle with your one-eyed cat—or frolic on the playground—with your friends today?

Gifted likely won’t win any major awards, and it won’t live forever in anyone’s movie memory. But this heart-warming tale about a pint-size prodigy will leave you with a smile.