Laughing All the Way to the Bank 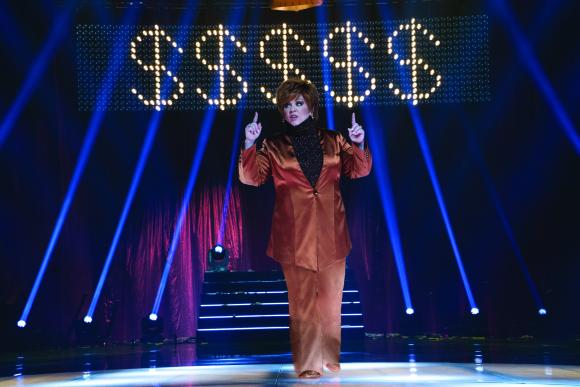 Steeled and shaped by a childhood of rejection in an orphanage, Michelle Darnell grew up to become a she-wolf of self-made business savvy. Now she’s a superstar investment titan and motivational-mojo guru who descends to the stage of frenzied fan events atop a giant golden phoenix in a spray of dollar bills, celebrating her brazen, competition-crushing excess like a carrot-topped combination of Donald Trump, Suze Orman and Richie Rich.

But the bigger they come, the harder they fall. And Michelle (Melissa McCarthy) tumbles with a titanic thud when she’s arrested for insider trading, loses her company and her home and has to serve a stint of white-collar jail time. When she’s released, with no friends and no family to call on, she bullies her way back to her former assistant, Claire (Kristen Bell), and her young daughter, Rachel (Ella Anderson).

Since making her film breakthrough as part of the ensemble in Bridesmaids (2011), McCarthy moved confidently into the lead for Identity Thief, Tammy, The Heat and Spy, proving her comedic bravura and her raucous adaptability for broad physical humor. She’s a cherub-faced spark plug who’ll go to just about any lengths for a laugh. The Boss is the second of her movies directed by her husband, actor-comedian Ben Falcone, who also makes a brief appearance (as he’s done in several of her films). 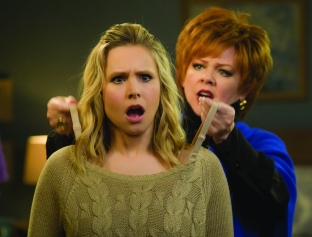 Hollywood has always loved a good rags-to-riches tale, and McCarthy and Falcone (who also collaborated on the screenplay, along with Steve Mallory) wring this one for raunchy, R-rated guffaws and give it some crisp contemporary pops that seem deliberately, satirically timed and tuned for the Age of Trump. But it’s also a bit of a flopping mess, a hammy hodgepodge of crude jokes, awkward slapstick gags and sometimes mean-spirited, vulgar humor that just isn’t funny.

As Michelle plots her comeback, she poaches Rachel’s Dandelions scout troop to spin off her own group, Darwin’s Darlings, and creates a bustling new enterprise—built on Claire’s homemade brownies—to compete with the Dandelions’ cookie sales.

Forget Batman v Superman. When it’s Dandelions v Darlings, things get really ugly. If you ever wondered what a Quentin Tarantino-inspired, Kill Bill-esque tween cookie-brownie street brawl might look like, well, The Boss has it. 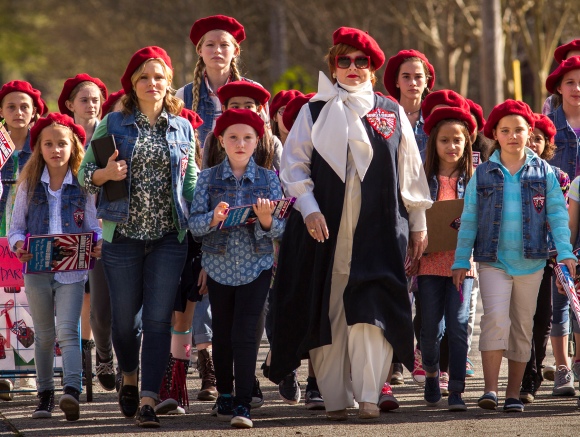 Peter Dinklage (from TV’s Game of Thrones) gets chuckles as Michelle’s spurned lover, now himself a preen-y mini-mogul obsessed with samurais. Saturday Night Live’s Cecily Strong plays Claire’s quirky supervisor at her depressing new office job. Kathy Bates has a scene as a wealthy mentor from Michelle’s past.

There are underlying themes about family and belonging, about rebuilding and reconnecting, about trust and ethics. But mostly The Boss is about laughing—all the way to the bank.