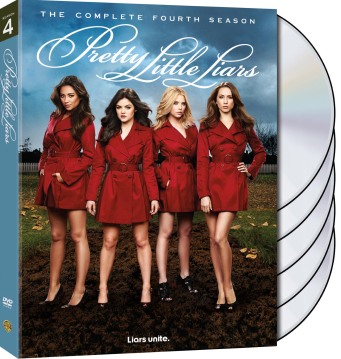 A clique of teenage girls (Troian Bellisario, Ashley Benson, Tyler Blackburn and Lucy Hale) falls apart after the death of their “queen bee” leader. But is she really dead? Who is “Red Coat”? And is that really actress-singer Nia Peeples making a guest appearance? (Yes!) Welcome to the secrets, scandals and surprises in the fictional Pennsylvania hamlet of Rosewood and Pretty Little Liars, the hit ABC Family TV drama based on the popular young-adult fiction series by Sara Shepard. Now you can binge watch all 24 episodes of last season—just before the new one begins June 10—and catch up on all the lies, lies, lies!