New ‘Vacation’ a raunchy retread of a comedy classic 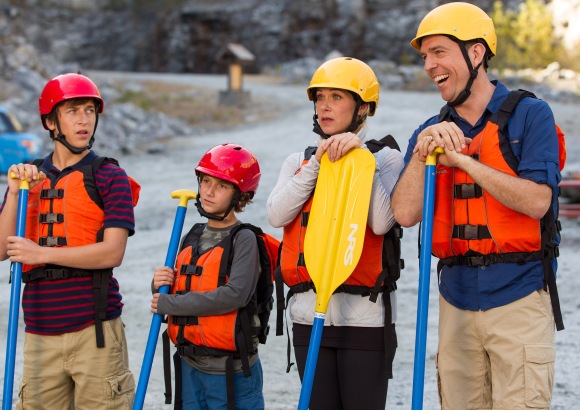 The first one, for those of us who remember it fondly, was National Lampoon’s Vacation, and starred Chevy Chase in the now-classic tale of a family’s cross-country misadventures on their trek to visit the wacky theme park Wally World.

The “National Lampoon” is gone from the title, but the basic structure remains in this raunchy reboot. Ed Helms stars as Rusty Griswold, the now-adult son of Chevy Chase’s character. Rusty wants to recapture the memories of his childhood by giving his wife Debbie (Christina Applegate) and their two kids the same vacation experience he had as a youth.

His idea: Pack up the fam and head to Wally World!

“You just want to redo your vacation from 30 years ago?” asks Debbie, doubtful.

“The new vacation will stand on its own!” declares Rusty, rarin’ to go. 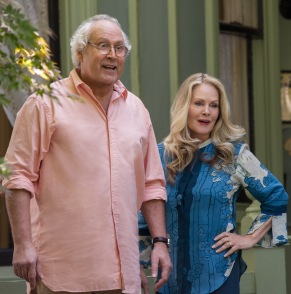 If only. Everything about the new Vacation invites comparison to the old—and not for the better. The setup is the same, gags in the new movie are throwbacks to the original—a sexy babe in a convertible, the Griswolds’ uncool monstrosity of a station wagon—the peppy “Holiday Road” theme song from Lindsay Buckingham opens and closes the show, and Chase and Beverly D’Angelo, his co-star in the 1983 Vacation and three sequels, make appearances.

The new Vacation has moments of mirth, yes, but the most distinctive “stand” it takes, alas, seems to be in its determination to get dirtier, darker, grosser and more all-around ickier than any Vacation before. When the Griswolds take a dip in what they believe to be a natural hot springs and it turns out to be something much nastier, you’ll giggle, but you’ll also gag. And you’ll only get cold chills when a creepy truck driver (Norman Reedus from TV’s The Walking Dead) explains why he keeps a dirty teddy bear tied to the grill of his rig. 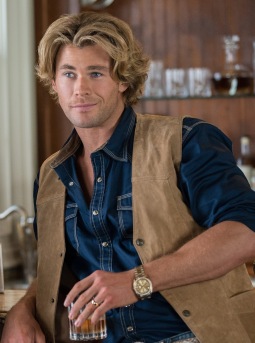 At a stopover in Texas to visit Rusty’s sister (Leslie Mann) and her cattleman-stud husband, Chris Hemsworth hams it up with a prosthetic body part that can barely stay in his jockey shorts (and doesn’t, later). Rusty’s youngest son (Steele Stebbins) continuously pelts his older brother (Skyler Gisondo) with sexual putdowns.

Pop-up appearances by a host of celebrity guests—Charlie Day, Keegan-Michael Key, Nick Kroll, Michael Peña, Collin Hanks, Ron Livingston—are brief zaps and zings of gonzo electricity. And they’re the best things about the movie, which forces so much indignity and so many crass jokes upon its headliners, and which has so little of the wildly subversive sparkle that made its predecessor a classic.

It took two directors and a pair of writers to roadmap this rocky retread. It’s just too bad that, after all these years, it gets such disappointing movie mileage.