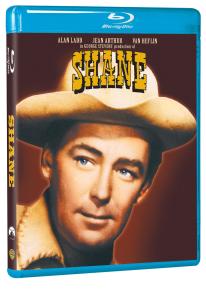 Director George Stevens’ 1953 Western, acclaimed as one of the most iconic cowboy movies of all time, stars Alan Ladd as a stoic drifter who comes to the aid of a homesteading family menaced by a wealthy cattle baron and his terrifying hired gun (Jack Palance). And just try to keep a dry eye during the final parting scene between Shane and the family’s son, so memorably played by a young Brandon De Wilde. (“Shane! Come back!”) This 60th anniversary Blu-ray edition features commentary by the late director’s own son, who served as the movie’s production assistant.