The magic of the movies sometimes makes for some nifty tricks, and this “reappearing” act is a good one—a sequel to the 2013 hit about a foursome of infamous crusading magician tricksters whose large-scale, steal-from-the-rich stunts have made them worldwide rock-star Robin Hoods.

Woody Harrelson, Jesse Eisenberg and Dave Franco return as three of the so-called Four Horsemen, with Lizzy Caplan (Virginia Johnson on TV’s Masters of Sex) coming aboard to replace Isla Fisher from the original. Mark Ruffalo is back as FBI agent Dylan Rhodes, whose “reveal” as the Horsemen’s hidden-in-plain-sight mastermind was the first movie’s final bit of hocus-pocus. 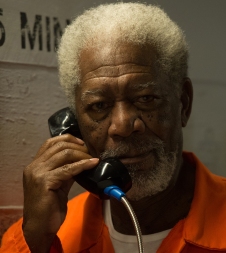 Morgan Freeman again rounds out the ensemble as Thaddeus Bradley, a former master magician-turned-trick-debunker who was framed and sent to prison for the group’s last big caper.

Joining the cast is former Harry Potter star Daniel Radcliffe as a megalomaniacal tech billionaire who hijacks the Horsemen to coerce them into heisting a new super-high-tech computer chip that, if delivered into the wrong hands, would compromise the privacy of every computer—and every computer user—in the world.

The only problem is, which hands are the wrong hands, and which are the right ones? In a movie about magic and misdirection, it’s awfully hard to tell.

Director Jon M. Chu, whose resume includes two of the Step Up dance flicks, keeps things moving along briskly with a sense of fun, fizz and sizzle as the do-gooder scamps zip from New York to China to London, trying to stay one step ahead of the law. The plot gets bogged down a bit as it tries to layer on detail and backstory, but when the Horsemen get down to business, things really come alive—like in an absolutely stunning sequence in which the purloined computer chip, attached to the front of a playing card, is masterfully flipped, flung and flicked from Horseman to Horseman to avoid detection while they’re each being searched. It’s the movie’s centerpiece trick, a sexy, super-slick bit of slight of hand, and a showpiece of computer-assisted “card-istry.”

In one of the movie’s best running gags, Harrelson has a ball in a new, “surprise” role—in addition to the smooth-talking hypnotist Merritt McKinney, he also plays his sibling-rival twin brother, Chase, who sports a head of curly hair and a mouth full gleaming white chompers.

One of the coolest things about Now You See Me 2, like its predecessor, is how it shows the audience how its trickery is done—after the razzle-dazzle, it pulls back the curtain to reveal the nuts-and-bolts explanation behind each jaw-dropping effect, the trap doors, the trickery, the switcheroo, the behind-the-scene hustle-bustle that made the illusion possible.

Magic, it lets us know, requires practice, hard work, concentration, planning, patience and super skills. That doesn’t make it any less amazing, or any less wondrous. “The best tricks,” says Morgan Freeman’s character, “work on many levels.” Now You See Me 2 is a multi-leveled magic show, heist caper, comedy, drama and globetrotting action-adventure romp with characters whose company you’ll find most enjoyable.

Now you see them, now you don’t. And you’ll all but certainly see them again—in Now You See Me 3.