Jessica Chastain holds all the cards in ‘Molly’s Game’ 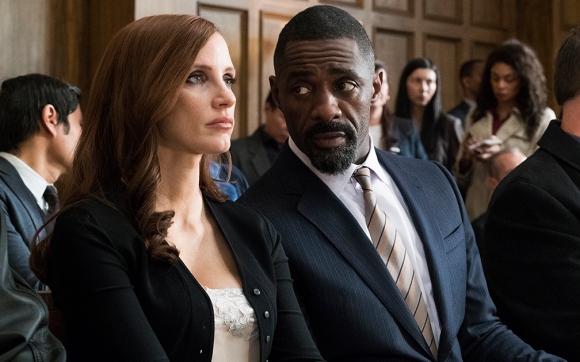 Aaron Sorkin loves words, and he packs a lot of them into Molly’s Game.

The award-winning screenwriter for The Social Network, Moneyball, Steve Jobs, A Few Good Men and TV’s The West Wing makes his directorial debut with this true tale of Molly Bloom, whose Olympic hopes as a skier were derailed on the slopes in a trial event that crunched her back and crushed her dreams.

Based on Bloom’s own book, published in 2014, Sorkin’s film shows how Bloom picked herself up and found a new passion running one of the world’s most exclusive poker games.

Until she was busted by the FBI.

Molly’s Game, which features an outstanding starring performance by Jessica Chastain, is heavy on narrative, typical for a movie fueled and fed by a zippy, zappy Sorkin script. Molly tells us what she’s thinking, what she’s doing and why, either while she’s doing it or explaining herself in flashback.

Like when she coolly tells her expensive defense attorney (Idris Elba) why she can’t successfully be persecuted for illegal gambling, based on the textbook definition of gambling—because “poker isn’t a game of chance, it’s a game of skill.”

Sorkin keeps things moving at an almost runaway pace, continually switching between settings, time periods and places. (Samantha Isler and Piper Howell do nice jobs playing Molly as a teenager and child, respectively.) We learn how Molly grew up with some serious daddy issues as the only daughter, with two brothers, of a Colorado university professor (Kevin Costner) who pushed her to demanding extremes in her ski training.

Through montages and flashbacks, we see Molly start over in Los Angeles and help her schmuck-y Hollywood boss (Jeremy Strong) run his weekly poker party, getting a very raw deal as his overworked, underpaid assistant. After setting up his game nights, working for tips and watching bigwigs stream in to put their money down, Molly knows she can do it on her own—bigger and better.

She quickly builds her poker game to an empire—setting up what a literary agent later calls “the world’s most exclusive, glamorous, decadent man cave”—first in Los Angeles and then in New York City, attracting superstar athletes, Hollywood actors, wealthy schmoes with money to burn, and eventually unsavory international “businessmen.”

Michael Cera plays a poker regular known only in the film as Player X, a Hollywood actor (reportedly based on the book’s depiction of actor Tobey Maguire) who turns out to be more rat than shark. “I don’t like playing poker,” he says. “I like destroying lives.” Bill Camp is a low-key, wary gambler who gets sucked into a reckless, desperate losing streak. Chris O’Dowd provides some woozy chuckles as a boozy Irishman who introduces Molly to billionaire Russian mobsters. 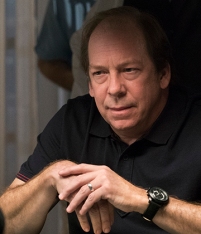 But nobody’s laughing when the Slavic connections connect the dots to Molly and a goon shows up at her door—with a gun, a warning and a few hard whacks to drive home his ominous message.

Sorkin packs plenty of punch into his story, Chastain delivers a knockout performance and Elba gets to serve up the movie’s best speech—a stirring defense of Molly that completely shuts down a pushy federal D.A.

Molly riffs on James Joyce’s Ulysses and quotes Arthur Miller’s The Crucible, uses Egyptian geometry to explain her ski accident and spouts information like a fire hose. But she doesn’t want to give up her players, to compromise the lives of the men who trusted her with their money and their anonymity—even though some of them clearly were scoundrels. It’s obvious the Feds want her to name names, to help them build a bigger case, cast a wider net and reel in much bigger fish.

Smart, sharp, proud, ambitious and persistent, Bloom blossomed in a cutthroat, crazily high-stakes world dominated by wealthy men and surrounded by danger. This isn’t a traditional poker movie, or a traditional sports movie—and Molly wasn’t a traditional entrepreneur. Sometimes tradition can be overrated. With Jessica Chastain holding the cards, Molly’s Game is a winner. Deal me in!