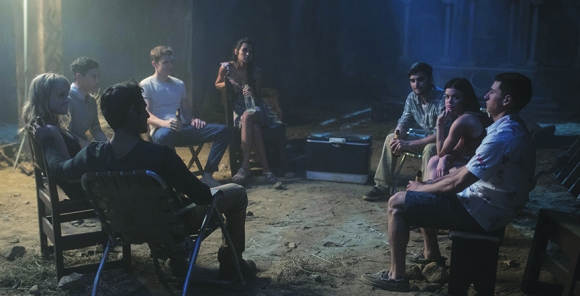 Scary movies make the familiar frightening. Remember how Jaws terrified people about going into the water? How Friday the 13th changed the way we looked at a hockey mask? Or what Poltergeist and The Ring did to spook-ify TV screens?

In Truth or Dare, an innocent-enough childhood game takes a deadly, demonic twist as a group of college friends on a spring-break fling in Mexico are lured into some late-night partying by a charming young stranger (Landon Liboiron, who stars on the Netflix series Frontier). Hey, he suggests, how about a friendly game of Truth or Dare?

That’s not exactly what these kids came to Mexico to do. “Is this a second-grade sleepover?” one of the spring breakers scoffs. They eventually come around; it is the title of the movie, after all. 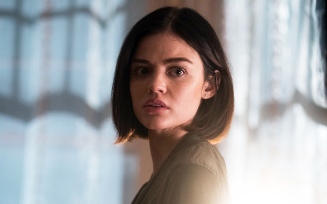 But the stranger has a horrible secret: The game is cursed, and so is he, and the only way he can survive—at least for a while longer—is to pass on the curse by bringing in more players. Major buzzkill!

The rules are simple: Tell the truth or you die. Do the dare or you die. Refuse to play and you die.

That’s the setup. This is the latest from the Blumhouse little shop of horrors, the production house that brought us five Paranormal Activity flicks; four chapters of Insidious; three Purges; two installments of Sinister and Creep; Ouija and its prequel; plus Split, M. Night Shyamalan’s The Visit; and Jordan Peele’s Get Out.

The Blumhouse formula is typically low-budget/high-profit; most of their movies are made on a relative shoestring and make a profit at the box office. They’re usually geared toward teens and young adults, often rated PG-13 instead of R to attract a younger crowd, and packed with attractive, young-ish actors.

Are they any good? Sometimes—Get Out was lauded as one of the best films of 2017, and nominated for four Oscars (it won for Best Original Screenplay). But does it matter? They make money. And young audiences—who’ve outgrown “family” films and animated movies—have embraced these creepshow flicks as part of their adolescent experience.

The cast is game but the scares are lame, the dialogue is weightless and dumb and the movie’s big effect—the leering, demonic “smiles” on faces that a player sees when he or she gets a turn in the game—looks like results of extreme Botox, which I suppose is pretty scary.

Writer-director Jeff Wadlow—who also directed the superhero comedy Kick-Ass 2 (2013)—has a couple of original ideas, like how an ancient curse can coexist with the modern era of social media. But the plot is a muddled mess of a soap opera in which characters anguish over secrets (the “truths” they’ve kept hidden from each other). The fact that someone has died doesn’t seem as weighty as the idea that someone might have lied. 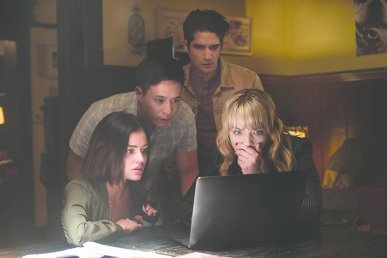 And too much of Truth or Dare, too much of the time, simply reminds you of too many other, better movies in which we’re waiting to find out which teen dies next, and how. Characters remark that the game “followed” them home. Did none of these kids see It Follows? I’ll venture most of the audience has. There’s an old crone, a cryptic message, a crazy homeless man, a crumbing church mission and a police officer who advises the kids, “Don’t take any more vacations.”

Perhaps more specifically: And stay out of haunted church missions!

At one point, the ever-dwindling pool of players figures a way to beat the game is to “always choose truth.” That seems like a pretty good tack—until it’s not. The game, it turns out, isn’t as clear-cut as they thought, and the movie gets impossibly tangled in its own knot of changing rules.

Truth or dare: I dare you to seek out really good, original scary movies. Director-star John Krasinski’s The Quiet Place is still in theaters, and it’s a new classic. Check out Get Out and It Follows if you haven’t seen them already.

And the truth: This movie scores low in scares and it retreads too much ground already covered by other horror flicks. But hey, in the true spirit of the Friday the 13th, this unpretentious, bottom-feeding boo! ride reminds us that nothing—including the games of our childhood—is safe from being plundered and yanked into a place of nightmares.

So, who’s up for a little game…of Truth or Dare?