Melissa McCarthy Goes Back to School

Even if you don’t remember it fondly, Hollywood does—which is why movies keep returning to it. 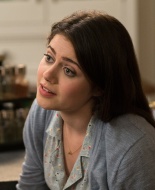 Melissa McCarthy goes back to school in Life of the Party as Deanna Miles, a newly divorced mom who’s sorry she never completed her university education. Facing an uncertain future, she enrolls at the same college as her daughter, Maddie (Molly Gordon, who appeared on TV’s Animal Kingdom and provides the voice of Sarah Huckabee Sanders on Showtime’s Our Cartoon President). 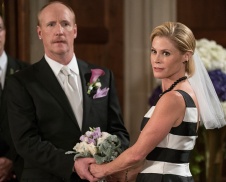 After the bitter sting of divorce from her cad of a husband (Matt Walsh from TV’s Veep)—who left Deanna for a “wife upgrade” to the local realtor (Julie Bowen, the Emmy-winning star of Modern Family)—university life is a fresh start for Deanna in more ways than one. She hooks up with a hot college hunk (Luke Benward, who appeared as Lloy Danderson on the CMT series Still the King), begins “chipping away” at the archeology degree she never finished the first time, and becomes even closer to her daughter and her friends.

As the once buttoned-up Deanna learns to cut loose, she tells Maddie, “I’m down to clown!”

There’s nothing really groundbreaking in Life of the Party. It’s a fairly conventional comedy, and it draws on themes that will feel a bit familiar to other movies, especially ones that have gone back to college for laughs. Imagine Rodney Dangerfield’s Back to School (1986) with a gender twist and boob and vagina jokes. Will Ferrell couldn’t forget his college fraternity days in Old School (2003), and neither can we. There’s also a sly, wink-wink nod to a John Belushi scene from Animal House.

But McCarthy: She’s a force of nature, a humor hurricane. She’s got impeccable comic timing, gonzo enthusiasm and a sense of empathy to balance the hilarity of her characters. Viewers will relate to Deanna on several levels—as a wronged, wounded ex-wife, as a mom, as a woman basking in her second chance at life—and McCarthy finds the right emotional buttons, at just the right moments, to push for them all.

At her best, she creates a core of honesty that digs deeper than the laughter; we chuckle, because she makes us understand. One scene, in particular, when Deanna struggles to overcome her fear of public speaking to give a class presentation, is like watching a mini-disaster unfold; it made me think of the physical gifts of the great Carol Burnett or Lucille Ball.

McCarthy wrote the script with her husband, Ben Falcone, and Life of the Party marks the third McCarthy movie Falcone has directed. (Watch for him in a cameo, early in the film, driving Deana to her mother’s home.) They obviously click.

And in this case, they rounded up a great cast of other funny people to round things out. Stephen Root and Jacki Weaver are hoots as Deanna’s parents. There’s Jimmy O. Yang (from TV’s Silicon Valley) as Maddie’s boyfriend. Maya Rudolph is hilarious as Deanna’s best friend, Christine. Maddie’s sorority sisters include Gillian Jacobs (from TV’s Community) as Helen, whose former oddball fame as a the “coma girl” comes in handy; Adria Arjona (she played Dorothy Gale on Emerald City); and Jessie Ennis (from TV’s Better Call Saul). SNL alum Chris Parnell (he plays Dean Parker on TV’s Grown-ish) gets in some pun-ny lines as Deanna’s professor.

And I won’t spoil it, but there’s a big superstar cameo at the end to bring it all home, wrap it up and put a tassel on its message of positive female bonding and empowerment.

This feel-good, back-to-school comedy won’t get many extra credits, but it shows just how dependably, reliably funny Melissa McCarthy continues to be when she’s “down to clown.”