She’s the freshly resurrected cadaver, the mummy, in Universal Studio’s big-budget, big-star reboot of one its classic horror franchise flicks.

Algerian actress Sofia Boutella (from Kingsmen: Secret Service and Star Trek Beyond) steps into the spotlight as Ahmanet, the former Egyptian princess awakened from her crypt with a serious chip on her mummified shoulder. 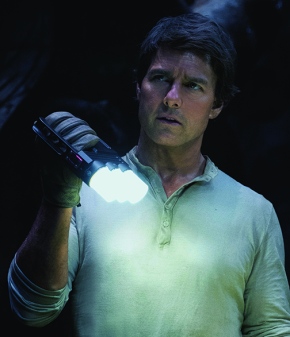 Superstar Tom Cruise gets most of the movie’s screen time, however, as Nick Morton, a U.S. Army specialist on duty in Iraq whose sideline of treasure hunting leads to the discovery of Ahmanet’s tomb and the release of her malevolent powers. 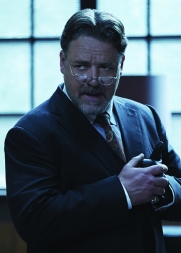 The Mummy puts a new, energetic, action-packed spin on the age-old saga as Nick and Jenny spend most of the film fleeing from—or fighting with—Ahamanet and her resurrected mummy minions. (Think Mission: Impossible—Mummy Nation.) Nick soon figures out he’s been cursed, “chosen” by the princess to become her immortal partner. But he’s not at all interested, especially as it involves some unpleasant business with a big curved dagger and letting his human body become the vessel for the Egyptian god of death.

Alex Kurtzman, a former producer and writer whose only previous directorial feature was the 2012 Disney/Dreamworks comedy-drama People Like Us, steps up impressively into the big leagues. Boutella’s slinky, slithering mummy, wrapped in tattered strips of gauzy linen, her skin covered with tattoos of Egyptian hieroglyphs, is a bewitching villainess of terrifying, exotic beauty. But beware her kiss—it’ll literally suck the life right out of you.

There’s a spectacular escape from a military transport plane in a death-spiral nosedive, a sandstorm that sweeps through downtown London, and attacks by swarms of spiders and rats that will give almost anyone giddy goosebumps. An underwater chase by a horde of swimming mummies shows just how far everything has come from the lumbering, shuffling brutes in their earliest Hollywood incarnations at the dawn of the 1900s.

Speaking of which, hasn’t anyone in this movie ever seen a mummy movie before? Don’t they realize you can’t raid a creepy Egyptian tomb without likely running afoul of something awful? Why doesn’t anyone ever say, “Wow! It’s just like in the movies!”?

The mummy is one of our most enduring pop-cultural artifacts, featured on the big screen in more than 30 different titles for over a century, since the days of silent films. Horror fans hold Boris Karloff in high esteem for starring in the classic version in 1932, a year after he played “the monster” in Frankenstein. Bela Lugosi, Lon Chaney Jr., Christopher Lee and dozens of other lesser actors have gone under wraps for the role. Though they weren’t mummies, Brendon Frasier and Rachel Weisz starred in a 1999 remake and its 2001 sequel.

But this Mummy is the biggest blowout yet, a $125 million spectacle of marquee stars, eye-popping special effects and flashy setup for Universal’s Dark Universe, a franchise-wide relaunch of its movie-monster properties of yore, including The Invisible Man, Frankenstein and The Bride of Frankenstein.

As Crowe’s Dr. Jekyll says, “Welcome to a new world of gods and monsters.”

Indeed—and as The Mummy ends, it’s obvious something bigger is just beginning to get unwrapped.